GIORGIO ARMANI IS GETTING BETTER

Giorgio Armani was sick for some weeks, he had hepatitis due to intoxication but he is better now. Always working hard, he is close to recover.

In an interview to the news agency ANSA, he said: “In the past few days, there has been an amazing outburst of interest in me. Dozens of phone calls all asking for the same information, and all expressing the same concern about my health. I decided to soothe these anxious spirits and apply yet again my direct, crystal-clear style of communication. I have been suffering from hepatitis due to intoxication. It’s by no means a rare disease but it does require time for a complete recovery. At this moment, I am in the recovery stage and I would like to point out that the work of the Giorgio Armani fashion house has never ceased, nor has my creative and entrepreneurial commitment, which requires decision-making on a daily basis. In consequence, there was no special mandate to any executive and the company is moving forward with all its usual energy, respecting our existing programmes”.

After i lived in Milano 2 years, i developed a love for Armani. I had also a teacher in my master that worked there and he told us that Giorgio never stop, he works hard and he knows exactly what is going on inside his company in each sector. Is an amazing brand directed by this amazing man.

THE CITY AND THE HILLS

My super loved muse, Olivia Palermo, in one of the nexts chapters of The City. She is always sooo CHIC!!!

ps: Did u notice where the ‘very cheap’ Birkin bag is?!? 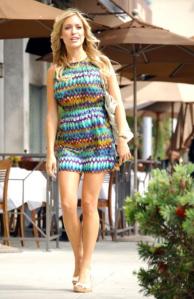 Finally the MTV producers listened to me, Lauren is out! (eeeeeee uhuuu eeeeee) Everyone knows that i’m Heidi team forever and Lauren was really boring lately, helloooo!!! So, she said that she is tired to have her life so exposed and that’s the reason that she will leave the reality show… Did you believe it? Cause honestly, i didn’t! The Hills need some more drama and Lauren is just too boring to bring that, now who is arriving for the next season is Kristin Cavallari from Laguna Beach, the ex-rival of Miss Lauren Conrad. I loooved the replacement!! 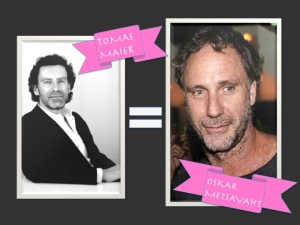 Yesterday i’ve been at the exhibition “Yves Saint Lauren – Voyages Extraordinaires” at Centro Cultural do Banco do Brasil, here in Rio.

I was so excited to go, i thought would be a looot of dresses and pictures and a million another things cool and important from his career, but was not like that, i have to say that i became a little disappointed. To start i wanted to take a lot of pictures to post here and i couldn’t (not even hidded with the phone i could… the phone had to be inside the bag!), than were just 50 dresses exposed (inspired in 7 countries: China, Japan, Spain, Africa, Marroco, Russia and India) that i couldn’t cross the line marked in the floor, imagine if i could touch to feel the fabrics?!? Than in another room was the movie of Yves Saint Lauren’s career, the documentary, that ok, was cool, but who is gonna be there standing up watching 2 hours a movie?!?

Well, as you can see the exhibition for me finished in a flash, i wanted more!!!

Those 2 pictures were all i was allowed to get, sorry guys…

If someone is interested to go there and check, the exhibition is until July 19th from 10h to 21h and is for free! 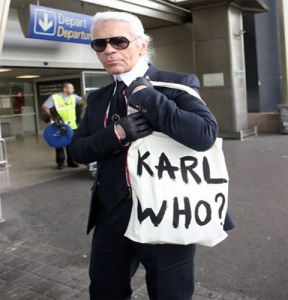 The first fashion show in Italy happened in 1951 at Villa Torrigiani.

In that time the photos were still black and white. 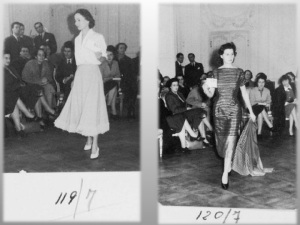 The models were not so slim at all, having some fat was a plus!

The catwalk was the normal floor, in the same level of the guests.

The eyes of the guests were only and exclusively concentrated at the garments, different from today that in a fashion show most of the times a top model or a celebrity has more evidence than the whole collection presented.

Nowadays the fashion shows changed a lot, they have ultra slim models, celebrities at the first row, sometimes a live concert and always a loooot of important journalists. They are a huge event for a brand, need monthsss of preparation. But even having so many differences between now and some years ago, fashion show has all the time the same objective: promote and sell! This will never change.

ART IN FASHION THIS SUMMER

Here in Brazil we are close to the winter, but in Europe summer is arriving (strooong), in Italy is already 35°! The stores are already full of colours over there. Direct from the runway to the shop the patterns are the new trend this Spring/Summer ’09. 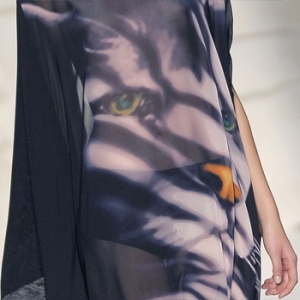 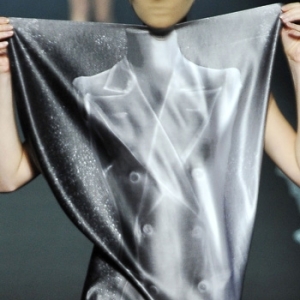 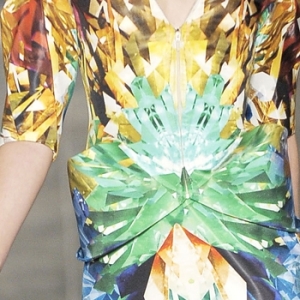